A team to build the dream.

Our founder has over 20 years of experience in business development and licensing. Throughout his career he has structured deals for companies such as DICE, Paradox Interactive, People Can Fly, Haemimont Games, and Starbreeze Studios. He has also worked with companies such as Disney, Nickelodeon, Valiant Entertainment, National Geographic and dozens of other licenses. We focus on building positive relationships between various forms of media and the game space as well as bringing top developers and publishers together to create great products.

Over the past 20 years, Jay has negotiated and closed countless deals for licensing, development and distribution. Jay has developed and continues to maintain relationships with companies such as Amazon, National Geographic, Disney, Cartoon Network, MTV, Nickelodeon, and Microsoft. In 2010 Jay licensed the NYT bestselling author Mary Kay Andrews’ work which led to a #1 casual game, and he has overseen the development of more than a dozen titles based on licenses such as Garfield, Holly Hobbie, Strawberry Shortcake, and a wide selection of Disney characters on multiple platforms. He has also been published in ‘Game Design Methods’ and ‘Secrets of the Game Business’ and spoken at numerous industry trade shows and events.

Joining the industry in 2003 as an Office Manager, Jennifer is a veteran of multiple game companies including Playdom—a division of Disney Interactive Media and fiveonenine games. As the CCDOO for The Powell Group, she oversees all lead generation activities including research, analyzing collected data and identifies targets to prospect. She crafts and executes all outreach campaigns to secure meetings with decision makers. Jennifer also manages the business development database, plus the social media calendar for The Powell Group and is the CEOs right hand. Her focus is to create lasting partnerships and is committed to helping clients succeed.

Heather Chandler is a video game producer with 25 years and counting under her belt in the game industry. She’s led teams at Epic Games, Electronic Arts, Ubisoft, and Activision. She’s launched over 40 games across all gaming platforms and has worked on popular franchises including Fortnite, Star Trek, and Ghost Recon. Heather is currently working on a game about the ocean called Beyond Blue. She also combined her passion for team building and games to start an escape room called Whole Brain Escape in her hometown of Apex, NC! She is a strong advocate for STEM education and committed to providing opportunities to students of all ages to get involved with technology. 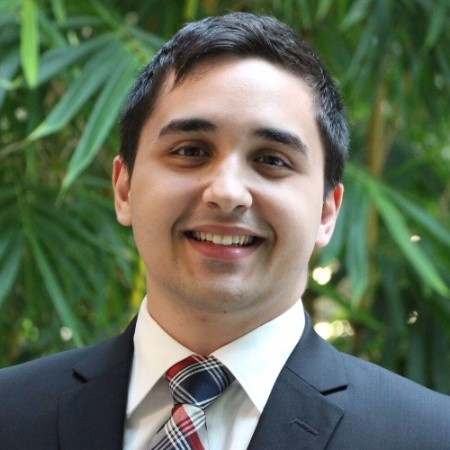 Based out of Ontario, Canada, Patrick joined The Powell Group in 2021 as the business development and partnerships lead. He obtained his MBA from the Lazaridis School at Wilfrid Laurier University in Waterloo, Ontario in 2019 and specializes in organizational behaviors and business analytics. He conducts outreach meetings and information collection for The Powell Group. Although relatively new to the gaming industry, Patrick has been an avid gamer for decades and is passionate about connecting aspiring developers with the business skills and support to make their games successful in today’s market.

Dan Long, AKA “INDIE” has been a fixture in streaming since 2013. He was partnered by Twitch in 2014 and has been active in the community ever since. Indie has recently joined The Powell Group as the host of “Indie Game Business” on Twitch. Outside of his stream, Dan has also helped companies such as Netease, Tencent, and AMD with influencer marketing to streamers on Twitch and Youtube, and PR campaigns for games such as Arena of Valor, Immortal Conquest, and Fringe Wars. Dan has been a vital asset to multiple campaigns that have helped game companies break through the much saturated market and lead them down the road to success.

“Jay Powell and his team at Powell Group Consulting have been invaluable in helping me and Psyop navigate through the rapidly evolving gaming landscape. Building on the success of Clash of Clans, we focused on creative marketing services for mobile gaming developers and publishers, and TPG have been a tremendous help with well qualified introductions, match making, and follow up, particularly at the major conferences.”

“We turned to Jay as he was recognized as the leading and preeminent expert, and leader, in market intelligence and developer strategies. Jay’s experience and industry knowledge translated into immediate benefit for the Company. His long-reach into the industry was able to provide us with insights that both verified our positioning but more importantly, demonstrated that some of our assumptions required course correction and redesign to the platform. Had we not engaged Jay and the Powell Group, the costs and delays would have been consequential and substantial.”

“[The Powell Group] did a tremendous job of setting Manitoba companies up in top tier meetings with great potential, not to mention successfully attracting some high profile companies to the Manitoba Networking Dinner. We appreciate all of your hard work and insights along the way.”

"We've used The Powell Group for our last two conferences to prep our material, guide us with respect to our IP and help set up meetings and proposals. We enjoy their no-nonsense approach and look forward to working with them again."

Some Of Our Clients

We've got what you're looking for.

See for yourself why we have been supporting this industry and helping companies grow for nearly a decade.